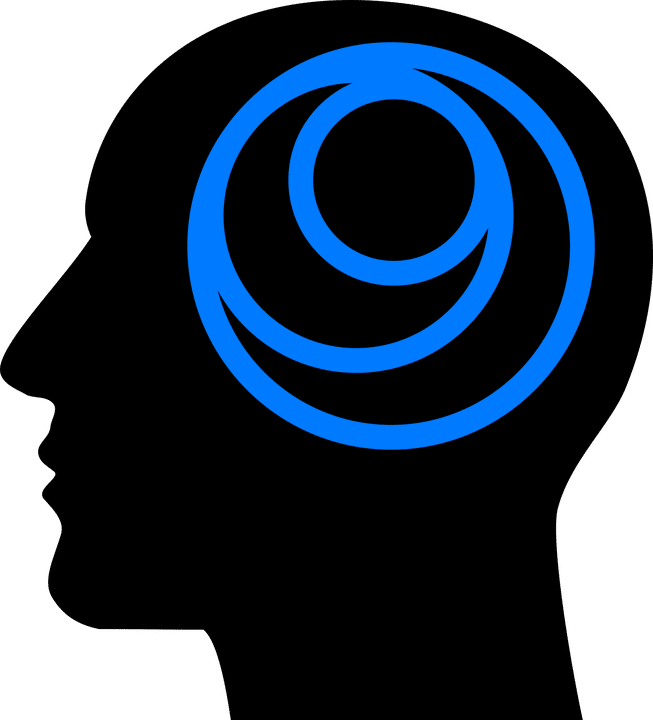 Holacracy: what about the people?

We've been running Holacracy at In Excelsis since July 2014, so you can consider what follows as an inside peak.

At first, we really liked the operational touch and the efficacy in the way the work was organized. What we really disliked was the new kind of relationships (or "lack of..." as we felt) induced by the processes: you can't give an advice to help someone else fix his/her problem, can't comment on the metrics, must wait for your turn to present your case, must follow the decision process, can't object a procedure someone else was about to create as long as this wouldn't harm the company, etc. After going for it, we found ourselves somewhat lost, and maybe a bit peeved. The various testimonies of companies struggling with Holacracy are as many occasions for us to optimize the process of implementation (see here for instance). Most of the time, people blame holacracy for being "non-human". In my opinion, this is blaming the wrong guy, because human relationships are not part of Holacracy.

Organizing the work without human relationships

The key is to understand that relationships have nothing to do with the way we can organize the collective work! But we're so used to "mix the person and the function" that it's not an easy understanding to grasp.

Dear reader, you're not defined by your sole activity. Your job is not who you are. You function is not your being. This is obvious for anyone who did even just a bit of personal development work. Yet, many people resist this fact the moment we talk about jobs in their company. This is perfectly normal: the management hierarchy, which is the only one 99% of the people working in companies know of, is precisely based on this paradigm which mixes the person and the function. Jurgen Appelo gives a perfect example of this ambiguity, despite himself, when he says:

« Most importantly, when I delegate work to someone, I ask a human being. I asked my friend Sergey to automate some of our business processes because I fully trust his programming skills as a developer and his business insights as an entrepreneur. I specifically did not delegate this work to our Business Process Architect, because A) we don't have one, and B) we don't want one. We have Sergey ».

Seriously? If Sergey resigns, what would the ad to replace him look like? "Hey, we're looking for a Sergey-bis?" What if Sergey is not his "friend"? Would the delegation be the same? I totally agree that Sergey is not a Business Project Architect; he's someone who energizes the functions that define what a Business Project Architect is (and which you can call any way you fancy, by the way), and that Jurgen needs even though he denies it ; maybe Sergey would be a postman or a data scientist in two years from now, and I doubt Jurgen would delegate this very same task to him then…

This nuance is fundamental, in that it brings clarity everywhere, and makes the implicit explicit, which is maybe the strongest feature of Holacracy: responsabilities and accountabilities are clearly established, everybody knows who does what, not in terms of Sergey and Jurgen, but in terms of "what functions need to be fullfilled for us to achieve our desired outcomes".

To make a long story short, Holacracy is a way to organize the collective work. Nothing more, nothing less. The goal here is not to "liberate companies", but rather to liberate company purposes: to eliminate what comes in the way of achieving our outcomes, to make it so that the work we do together encounters the least possible amount of frictions. Nowhere do we talk about living together, or happiness in the workplace, or great professional relationships. All this matters a lot and is really important to us at In Excelsis (our motto: "to ease, to pacify and to enrich life in the workplace"). But it has not much to do with how we can work together. I don't need (and I shouldn't need) good relationships with my colleagues to be able to do what I have to do; me being friend with Sergey must not impact the work we do together.

The current management hierarchy, by mixing people and functions, supposes the exact opposite: the more friend I am with someone, the more chances I have that my requests will be fulfilled (which is totally normal, human beings tend to promote people they like). In Holacracy, since we differentiate the people that'll do the job and the functions needed to do it, the subject of human relationships doesn't surge in the same place. But it does surge, and maybe even stronger, precisely because the Holacracy system in and of itself doesn't take care of it. We are psychological beings, we have needs for space, communication, belonging, contribution, sharing, a sense of purpose, etc. Even in Holacracy, my friendship with Sergey might come into play, but it will have way less consequences on our common work because the holacratic processes forbids them to appear here. So where do they appear?

The company, the people, the work

One can define a company as a moral entity that gathers individuals working together to fulfill it's purpose. This can be seen as follows (thanks encode.org).

The Company circle represents the owners : the company is their Property. These people sometimes work in the company (directors) but not necessarily (shareholders). Generally speaking, we have no problem accepting that the owners of a company might be different people than the ones working in it. This happens quite often. So the Company is :

The Association is the group of people working in the company. They don't necessarily have a share, they're just bound by contract to do the work needed to attain the company's desired outcomes (at worst), or fulfill its purpose (at best). Simply put, the Association circle represents :

The Organization is the way the work is organized in the company : governance, procedures, metrics, resource allocations, goals, actions to undertake, etc. In Holacracy, the Organization is:

The management hierarchy and most of its more or less horizontal variants mixes up the last two groups.

It's fundamental in my experience to realize that Holacracy only applies to the Work. It only cares for operations : Holacracy doesn't have a say in the legal structure nor the property/ownership of the company, and also not in regard to its values, culture, human relationships or how to deal with all that. The Constitution states the rules of the game people in the Association will have to follow in order to reach the outcomes of the company: to put it bluntly, rules of the game are not defined by the people. This is obvious when playing cards, it appears to be less so in management hierarchy because management hierarchy mixes people and functions, hence bringing confusion; it's not rare for people to change how they do things depending on the manager they get, or become. In management hierarchy, the human gathering that constitutes the Association sometimes even defines the way the Organization will function. In Holacracy, we make sure the rules are not defined by the people, but rather by the game.

Sure, this new system raises a lot of questions in a lot of different fields (legal, relational, financial, etc.), many of which don't have an obvious answer: each company running this system will have to find their own. The Company circle is not too much affected by adopting Holacracy (contrary to one might think), because it's quite common in our society to have people owning a company without working in it. Questions raised can be quickly solved by the creation of adequate Roles.

On the other hand, the Association circle is deeply impacted, as most commentaries and critiques point out. A company that would like to implement Holacracy would have to address this challenge in a very specific manner. Whatever tool is chosen for this (Appreciative Inquiry, NVC, etc.), a time to think and reflect, and to train people in interpersonal relationships soft skills is needed.

The Organization circle, obviously, is the most impacted since it gets a whole new core. The impact is even more profound that Holacracy supposes people are autonomous in enacting their actions and projects. This last point can seem a small one: it isn't, and by far. Not having a personal productivity system to deal with the flow you suddenly get and are supposed to be able to deal with on your own can quickly lead someone to be totally overwhelmed, even more than in a conventional management hierarchy.

In my view, a good and successful implementation needs to take care of the people forming the Association in two ways:

And I'm not the only one to point this out. See what Bud Caddell, management consultant who advised Zappos on how to optimize their Holacracy implementation, says about this:

«The average employee is already overworked and undertrained; asking them to learn the management equivalent of Dungeons and Dragons on top of their workload is foolish, if not inhumane ».

You need to train people so they can face an heavy workload with a minimum of stress, to train them as well in interpersonal communication techniques, and to create spaces for sharing, esprit de corps, etc.

What helped us a lot in our own Holacracy implementation here at In Excelsis is the fact we already had tools to address both those challenges : we're all GTD-ers, and 90% of us are trained in Empathetic Communication (which is basically NonViolent Communication adapted to the professional world). GTD (Getting Things Done, David Allen's stressfree productivity system) helped us take care of projects and actions, and already had us deal with whatever came our way in terms of projects (we don't have problems, we only have projects). Empathetic Communication obviously helped us go through the rigidity of many holacratic processes, because we know how to give empathy (to ourselves and others) when we have to remain silent in front of something that creates a huge internal tension and wait for our turn to express it, for example. Both these methods have proven really effective to us; of course, there might be others.

J’aime chargement…
Holacracy: what about the people?

Holacracy is often critiqued for being inhumane. This is a false statement, in that Holacracy doesn't apply to human relationships. We've been running Holacracy for 2,5 years, here's how it went for us. 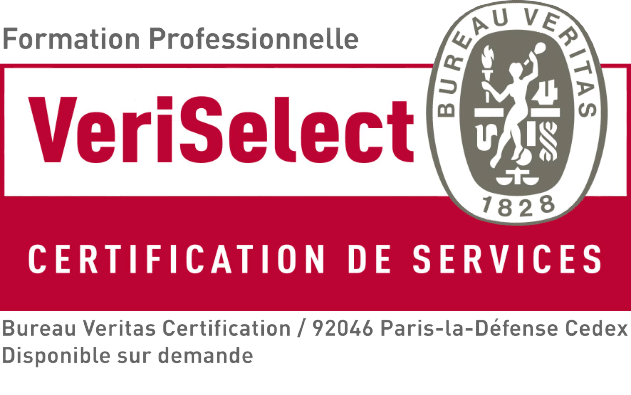 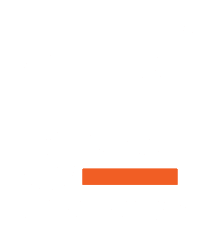 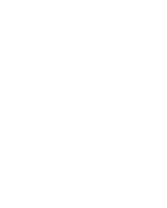